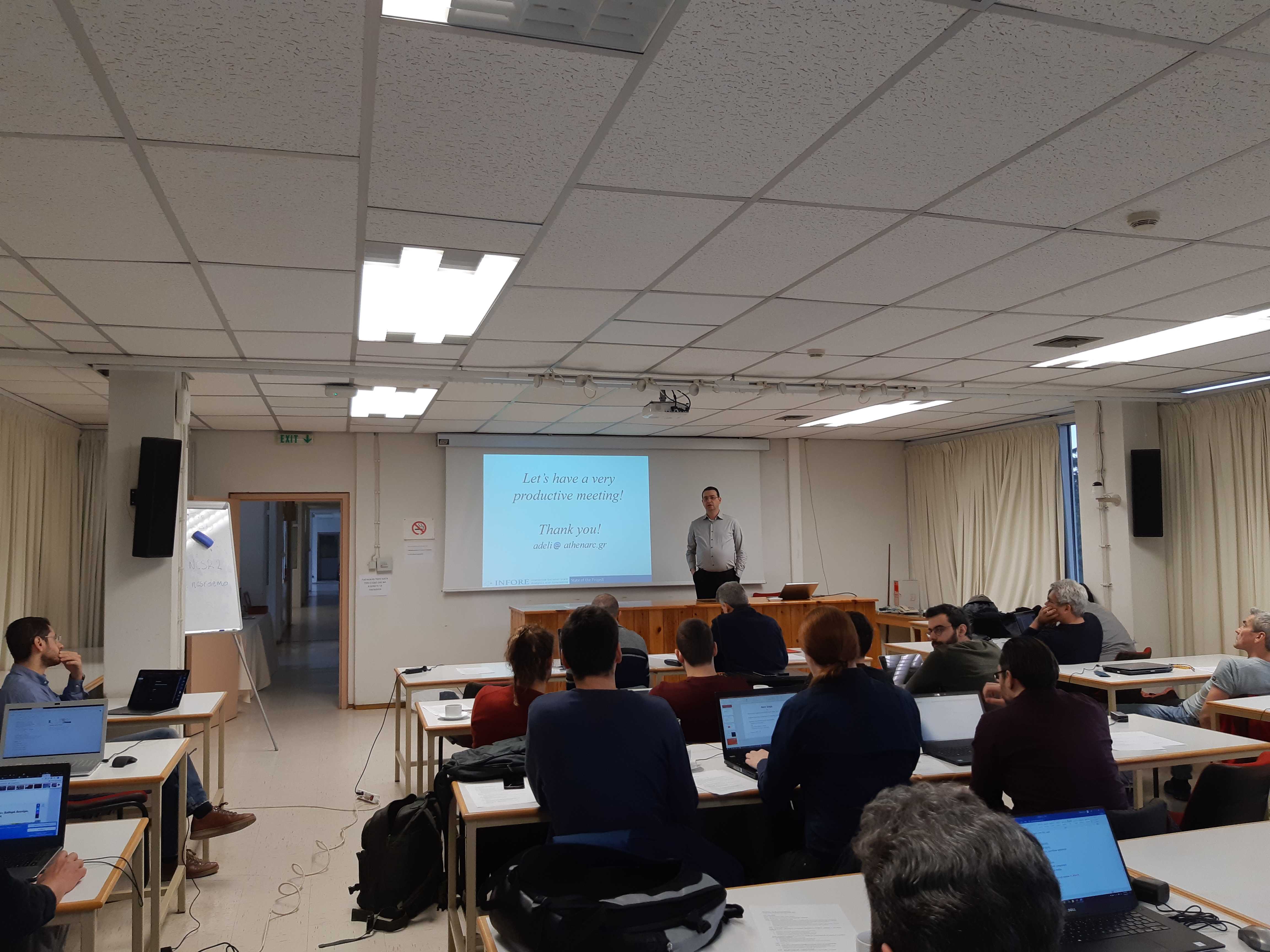 On 20-22 January NCSR Demokritos hosted the 4th plenary meeting of INFORE project in Athens. More than thirty attendees joined and agreed upon the actions for the challenging tasks that lay ahead. During the first day of the meeting the focus was on INFORE architecture, its components and their interactions. Respective partners presented the advances of the INFORE Optimizer Component, the Synopses Data Engine, the Machine Learning as well as the Complex Event Forecasting Components. The second day of the meeting was devoted to the Life Science, Financial and Maritime Use cases presenting proof-of-concept implementations of the desired functionality in the scope of INFORE in a per use case fashion. The second day was concluded with extensive discussions on planning of next steps. Finally, the third day of the meeting a coding camp took place were all partners collaboratively worked on the implementations of interfaces and interconnections of the components of the INFORE architecture.