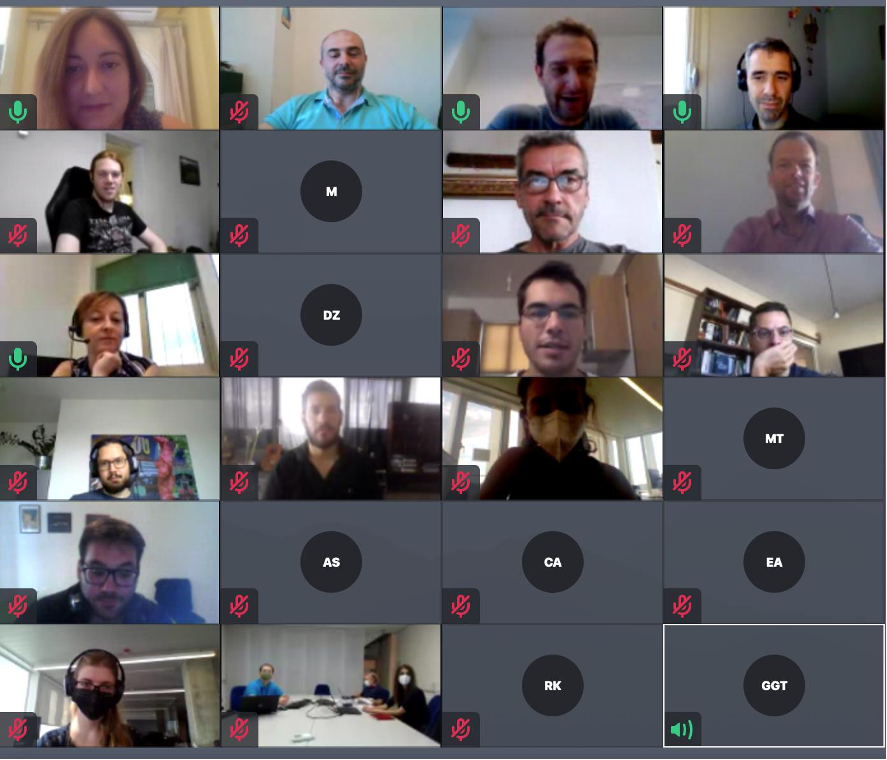 On September 16-17, the 9th plenary meeting of the INFORE project was held, virtually. Approximately 30 people participated. The focal points of the project meeting were on reporting the progress achieved so far and since the 1st project review as well as the goals to be achieved until the end of the project both individually per partner and for integrating project outcomes.

The first day of the meeting was devoted to the project use cases from the Life Science, Financial and Maritime domains. BCS discussed the status of the model exploration of drug regimens & drug combination studies in WP1. BSC further reported progress on PhysiCell-OpenMP Implementation and on the excellent status of WP1 with respect to stated KPIs. SpringTechno partners followed with a presentation of Spring’s Forecasting Pipeline and the way it interplays with the synopses data engine component of INFORE. A demo video presenting visual analytics facilities in WP2 followed. Then, the presentation about the Maritime use case and WP3 started with a summary of major advances since the 8th plenary INFORE meeting. MarineTraffic presented their progress on the Fusion engine and deep learning modules in WP3, while CMRE reported on the ongoing see trials that are taking place for the purposes of the INFORE project pilot (see here for more details).

The second day started with Athena’s presentation summary on the major progress in WP5 as reported in Deliverable D5.2 (submitted in Month 32 of the project). Then, Athena elaborated on updates on each submodule of the Optimizer component built in WP5, namely the benchmarking, the cost modeler and the optimization algorithms’ submodules. Afterwards, NCSR Demokritos summarized the major progress reported in Deliverable D6.4 (submitted in Month 32 of the project), the algorithmic advancements on (a) Extreme-Scale Model Exploration for the Evaluation of Tumor Treatment Configurations (WP1-WP6), (b) early time-series classification (ETSC) algorithms for WP1 as well. Moreover, NCSR discussed the Distributed Complex Event Forecasting and, in particular, the way its algorithmic parameters can be adjusted dynamically at runtime. RapidMiner followed with a presentation on WP4. After summarizing the major advances reported in Deliverable D4.3 (submitted in Month 32 of the project), RapidMiner elaborated on the enhanced capabilities the streaming extension now has regarding (a) batch processing of previously streamed data via Kafka, (b) streamlining batched data via Kafka, (c) the framework for integration of custom operators for future adopters of the INFORE architecture and (d) the progress on the Manager Component of the architecture.

Each day included a 4-hour coding camp to rapidly proceed with integration issues across project work packages. The first day was focused on integration along all WP1-WP4-WP5-WP6(Athena Machine Leaning and Synopses Data Engine) and WP2-WP4-WP5-WP6(Athena Synopses Data Engine), while the second on WP3-WP4-WP6(NCSR CEF Component) and WP1-WP4-WP6(NCSR CEF Component).