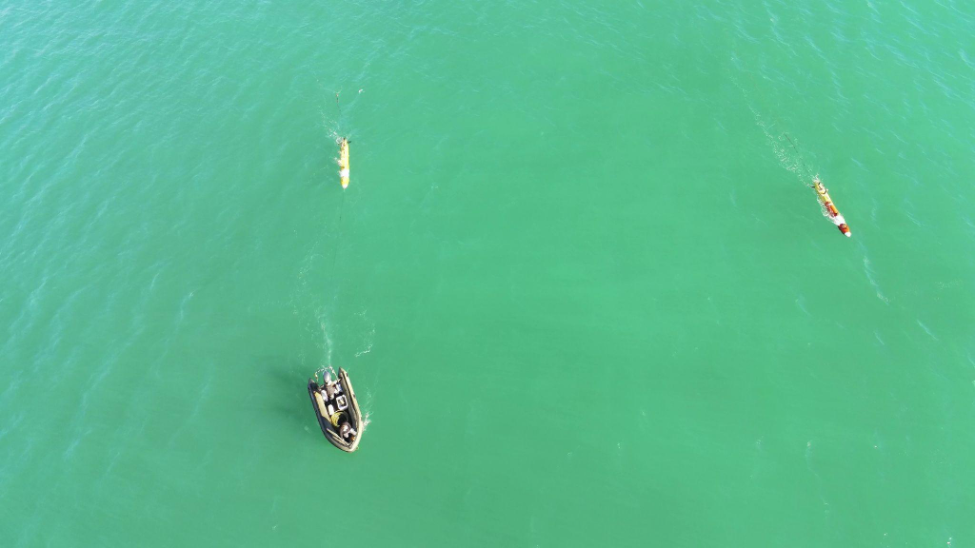 The Maritime use case of INFORE, led by MarineTraffic, aims to enhance Maritime Situational Awareness through the use of extreme scale analytics and forecasting.

The Maritime Use Case of the project aims at enhancing Maritime Situational Awareness, through large-scale data fusion and real-time analytics. MSA is the ability to perceive and reason with activities, events and threats at sea while projecting them into the future. To this end, the team relies on the fusion of global views of areas of interest obtained from existing maritime surveillance systems (such as the Automatic Identification System (AIS) and satellite imagery), with local views, obtained from autonomous marine robots acting as on-site sensing devices (e.g., acoustic sensors). A novel distributed network of sensorised unmanned (autonomous) robots developed by CMRE is used for improving the vessel detection and localisation and the local view of the INFORE system. Silent, long-endurance, cooperative passive sensing robots, surface or underwater, are able to navigate through the area of inspection and send data to other collaborating robots as well as to the control centre of CMRE. Each deployed Ocean Explorer (OEX) Autonomous Underwater Vehicle (AUV) is equipped with passive acoustic sensors capable of detecting and localise ships in navigation. Video data streams are collected from a fixed thermal camera monitoring the area of inspection, as well as from a flying drone for final vessel identification.

On the 24th of February and on the 1st of March the two INFORE sea trial experiments were conducted, in the context of which the streaming, real-time components of the Maritime Use Case were successfully tested. More specifically, two CMRE’s RHIBs performed unusual patterns of navigation at sea which the INFORE platform was able to successfully detect as anomalies in real time. The alert signal triggered the intervention of the AUVs, which autonomously approached the test boats. The Autonomous Vehicles provided the target position to the INFORE platform, which successfully fused it with the AIS data, identified the vessel and produced the unified trajectory consisting of positions coming from multiple sources. All the aforementioned information was displayed by the visualization component of the MSA application (i.e., vessel positions, events) and evaluated by the end-users.